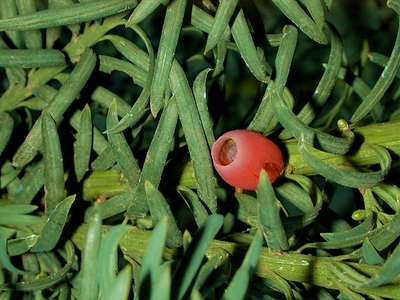 English Yew is another name for Common Yew. The binomial name for Common Yew is Taxus baccata. Other Yew species in the genus Taxus include Taxus brevifolia, or Pacific Yew, Taxus canadensis, or Canadian Yew, and Taxus globosa, or Mexican Yew. Yew bark and wood is highly poisonous, and so are the seeds. It is very important to keep small children away from Yew trees.

It may be possible to find any english yew farms near your location. We have built a map that will show all of the berry farms in our directory!