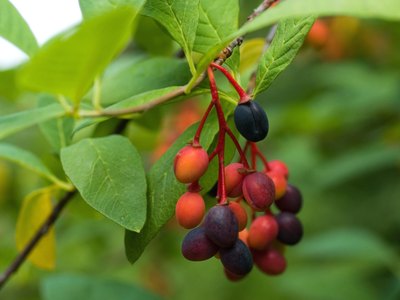 Although usually propagated by seed, Indian plum can be grown by transplanting root suckers in their dormant season. Indian plum is shallow rooted and will benefit from occasional irrigation during the first year or two of growth. Indian plum spreads slowly, and mostly by root suckering.

Pacific coast Native Americans make tea from the bark. They also chew Indian plum twigs to use as a mild anesthetic. Indian plum may be used to make chutney.

It may be possible to find any indian plum farms near your location. We have built a map that will show all of the berry farms in our directory!