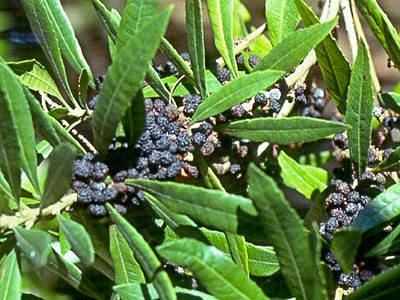 It may be possible to find any wax myrtle farms near your location. We have built a map that will show all of the berry farms in our directory!

Fleming: Wonderful fragrances part of southern garden
The soft sweet scent wafting from a shade garden goes well with the woodsy smell of ferns and attracts moths to the plants for pollination. Banana and strawberry shrubs I ... Wax myrtle is another woodland smell of the south. And think of the various ... St. Augustine Record [ story ]