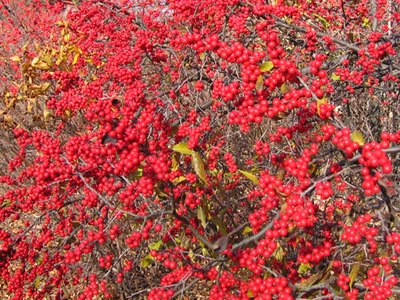 It may be possible to find any winterberry holly farms near your location. We have built a map that will show all of the berry farms in our directory!

Winterberry adds wildlife to the garden
In the depths of winter, we look out over the bare trees and long for the colors of spring. But there are some bright spots to be had in your winter landscape. One of those is the Winterberry, or Ilex verticillata. This native, deciduous, multi-stemmed ... Times-Georgian [ story ]