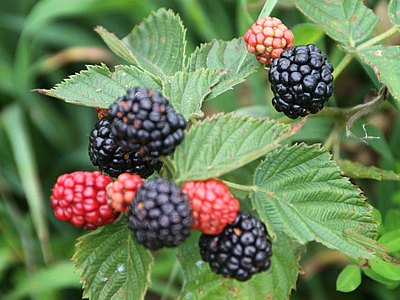 Blackberries grow in full sun and require at least 6 hours of direct sunlight every day. Blackberry grows well on a trellis 5 ft high to make it easier to harvest the berries. Blackberry may grow better when fertilized, but fertilize them in either the late winter or early spring while the blackberry plant is dormant. After harvesting it is a good idea to cut the plants down to the ground to keep away diseases and pests. In some places blackberry plants are considered invasive weeds.

It may be possible to find any blackberry farms near your location. We have built a map that will show all of the berry farms in our directory!